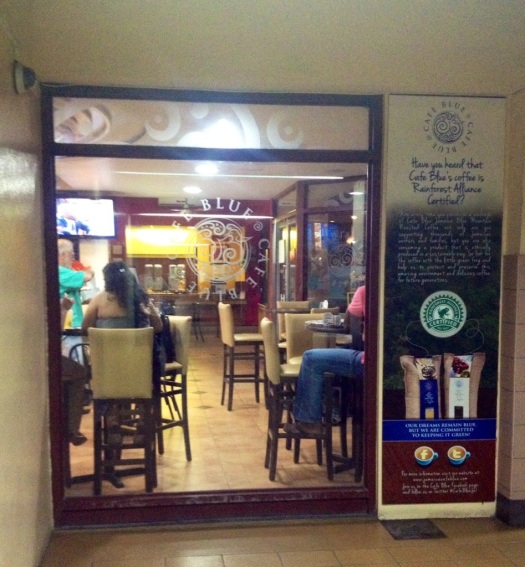 The cafe culture is nothing new to developed world but for jamaica it’s novel.
This coffee producing nation actually exports most of its quality beans. It simply means Jamaicans tend to NOT drink coffee at all; and if they do it’s likely to be cheap imported nestle instant coffee.
It’s a strange counterintuitive reality that the average Jamaican doesn’t know how good coffee tastes. But that’s changing.
A cafe culture is being reintroduced to jamaica serving the best beans via a slew of new cafés. It appeals to the middle class travelled professional that watches CNN or the Kardashians. It’s being driven by coffee companies seeking to compensate from the reduced sales from main export market japan. That economy traditionally buys 85% of the coffee crop but in last 5 years cut orders. Coffee used to earn jamaica $30 million annually now it brings in some $11 million (2012) , according to official statistics.
Since last 12 months new cafés in Kingston alone, have sprung up like cafeinated highs including:
Grosvenor gallery cafe,
TreeT cafe,
Spanish court cafe,
24/7cafe,
Cannonball new sovereign
Cafe in Digicel building,
Javha in marketplace, and
CPJ Cafe in courtyard -Cpj centre.

Concurrently there was not a reduction in poll of cafés over the period. Only wallenford cafe closed due to its location within the hotel at the Wyndham hotel–due to fire.