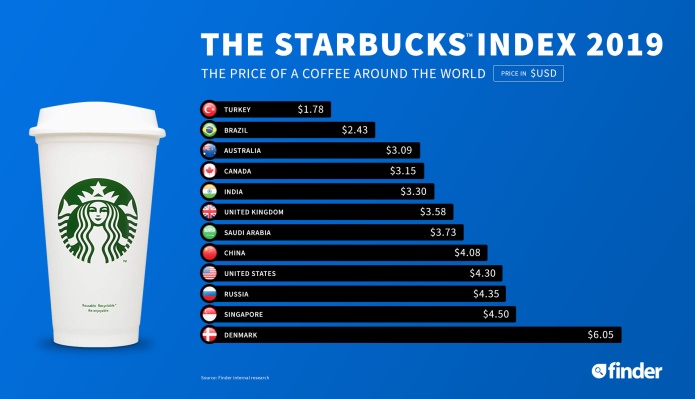 Mavis Bank, Jamaica–An independent study on Starbucks chains found that it costs nearly 50 per cent more to buy a latte in Jamaica than in other major coffee growing nations in the region, Colombia or Guatemala.

It costs US$3.30 in Jamaica but the same latte costs US$2.04 in Colombia and US$2.86 in Guatemala. All produce coffee, so why the disparity.

Colombia, formalised a policy which forced Starbucks to buy its coffee locally. As such all the coffee consumed in Starbucks Colombia comes from various coffee regions in Colombia. Jamaica does not have such a policy and this influences the pricing of coffee, as it imports all its beans. In fact Caribbean Coffee which holds the franchise for Starbucks in the island admitted that even the Jamaica Blue Mountainconsumed in Starbucks locally is reimported. Additionally, within a Starbucks in Jamaica, the cheapest origin branded beans are actually from Guatemala for roughly one-third the cost of Jamaica Blue Mountain. Cost conscious consumers gravitate to the cheaper product.

Finder, a non-aligned comparison platform and information service, curated the index, and ranked Jamaica at 43 among the 76 countries surveyed. It ranked Guatemala at 61 and Colombia as the third cheapest in the world.

A latte is made of one-third espresso and two-thirds milk with light foam on top.

The study itself has two components: a coffee cost comparison and a GDP valuation index. In Jamaica, the index showed that a latte is being sold at 6.01 per cent less than the expected coffee cost based on the country’s GDP per capita. In Colombia it found that the coffee is being sold for one-third more expensive than it should, when matched against its GDP per capita. 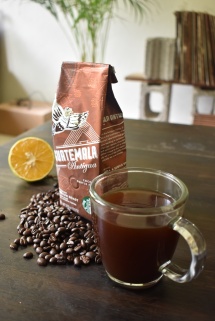 In Jamaica, as Starbucks cafes get more packed, the locals which traditionally do not drink coffee are being weaned on lattes and caps and flat whites. What of the local farmer. Its not likely to change anything as the demand is for cheap quick coffee rather than the luxury provided from the Blue Mountains.

Consequently, the actual benefit of Starbucks in Jamaica is the subsidised Guatemala coffee and other blends. These imports are likely to affect the coffee trade balance in Jamaica as exports have flattened. But that’s the focus of a different article.

The Starbucks index is an informal way to measure the strength or weakness of local currencies for a common item against other countries. It’s supported by research that excludes variances that affect the cost of a coffee, like prices of raw beans, local labour costs and taxes.